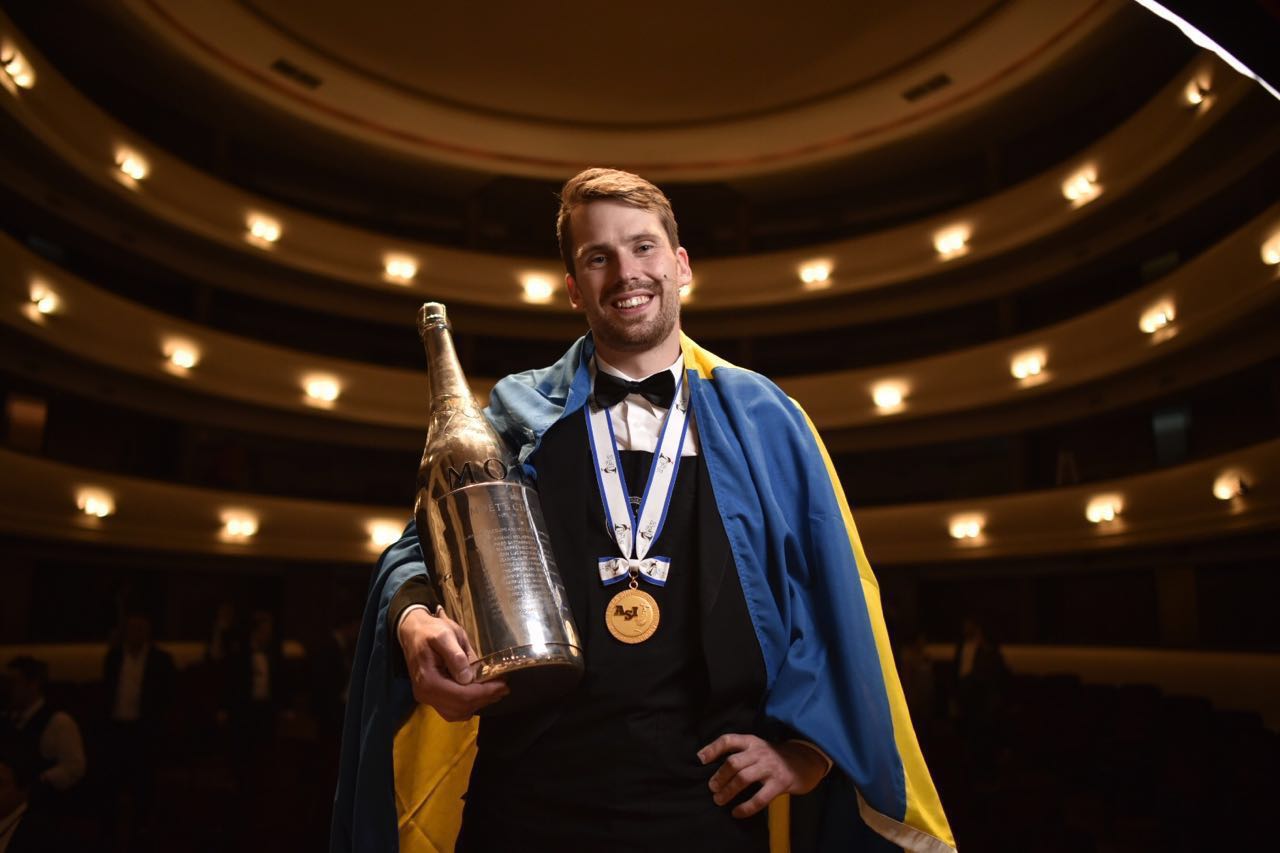 (For Jancis Robinson) The Best Sommelier in Europe 2013 Arvid Rosengren pulled off the double last night when he was crowned best in the world at the fifteenth Meilleur Sommelier du Monde competition in Argentina yesterday.

The 31-year-old Swede shook off stiff competition from France’s David Biraud and Julie Dupouy representing Ireland in the final held at Teatro Independencia in the city of Mendoza. Besides a 500-strong live audience, thousands of wine lovers watched the contest via live YouTube streaming.

The New York-based sommelier, who started his career in the UK at Hotel du Vin and currently works for SoHo’s Charlie Bird in New York, had put in a strong performance in the semi-finals last weekend and was heavily tipped to reach yesterday’s final.

With seven years’ experience of competitions under his belt, he came through with a strong performance ahead of the two French-born finalists, combining impeccable geographical knowledge (thanks to thousands of hours of study) with top-notch tasting descriptors and first-class service including the usual champagne-pouring challenge, cocktail making, food and wine pairing and rising to hypothetical sales situations.

He also managed to slip in references to the host nation, suggesting chimichurri sauce in one pairing test and also asking judges whether they ‘would like to try just one more Malbec, given that we are in Argentina’.

But above all, he demonstrated bags of the ‘charisma’ that previous winner Gérard Basset, chairman of the ASI Sommeliers Contests Committee, had said the judging panel would be looking for, in an interview on Monday at Bodega Zuccardi in the Valle de Uco.

Rosengren, who dreamt of being a chef as a child and studied nanotechnology engineering, said: ‘I’m so surprised and happy. I came off the stage and went back to the green room thinking of all the things that went wrong. But my service rounds were strong.’

And his immediate future? ‘It will be back to work at Charlie Bird, which is a small restaurant and really we are just two and half sommeliers who work there.’