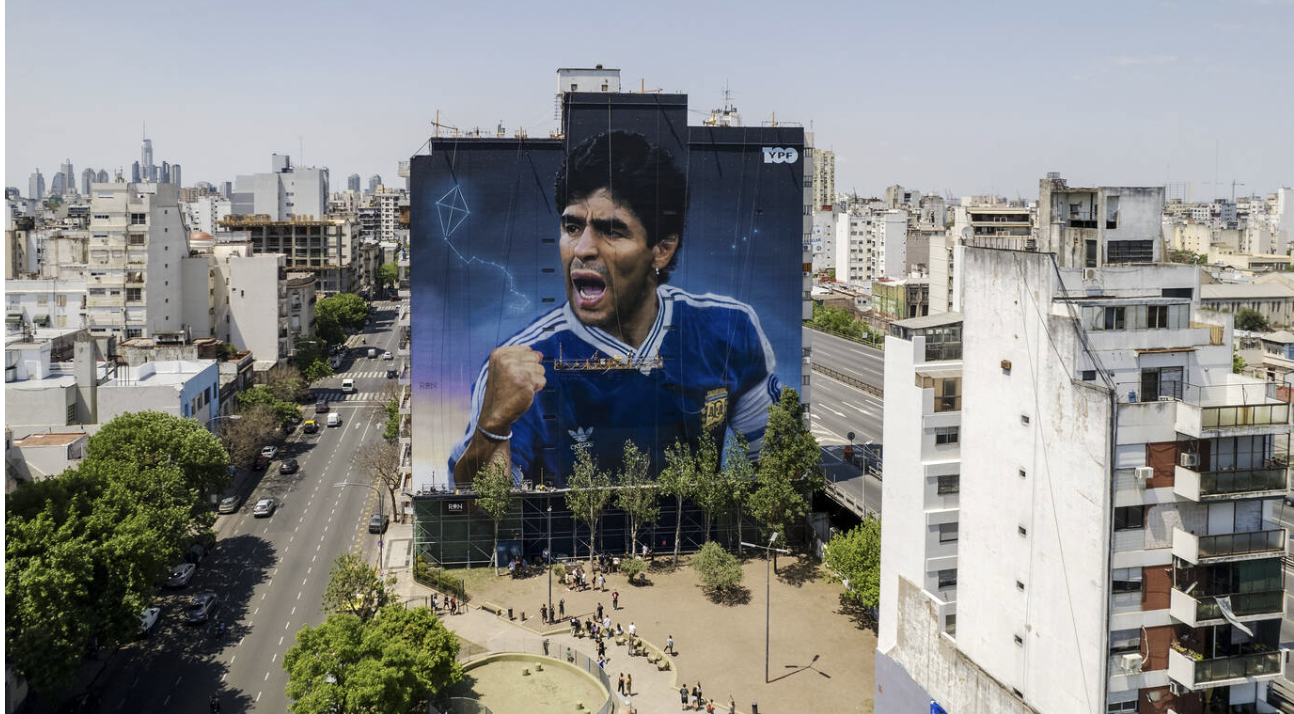 (Time Out) Footballing legend Diego Maradona was always larger than life – so it’s only fitting that an absolutely huge mural of the Argentinian superstar has been unveiled in Buenos Aires ahead of this year’s World Cup.

Measuring an epic 45 metres high by 40 metres wide, the immense mural was unveiled on October 30, which would have been Maradona’s sixty-second birthday. It took a nine-strong team 30 days of intensive work to create the hyperrealistic mural. They used one side of an apartment block on a busy avenue in Constitución, a central neighbourhood in Argentina’s capital, as a canvas.

For the rest of this, please visit Time Out.