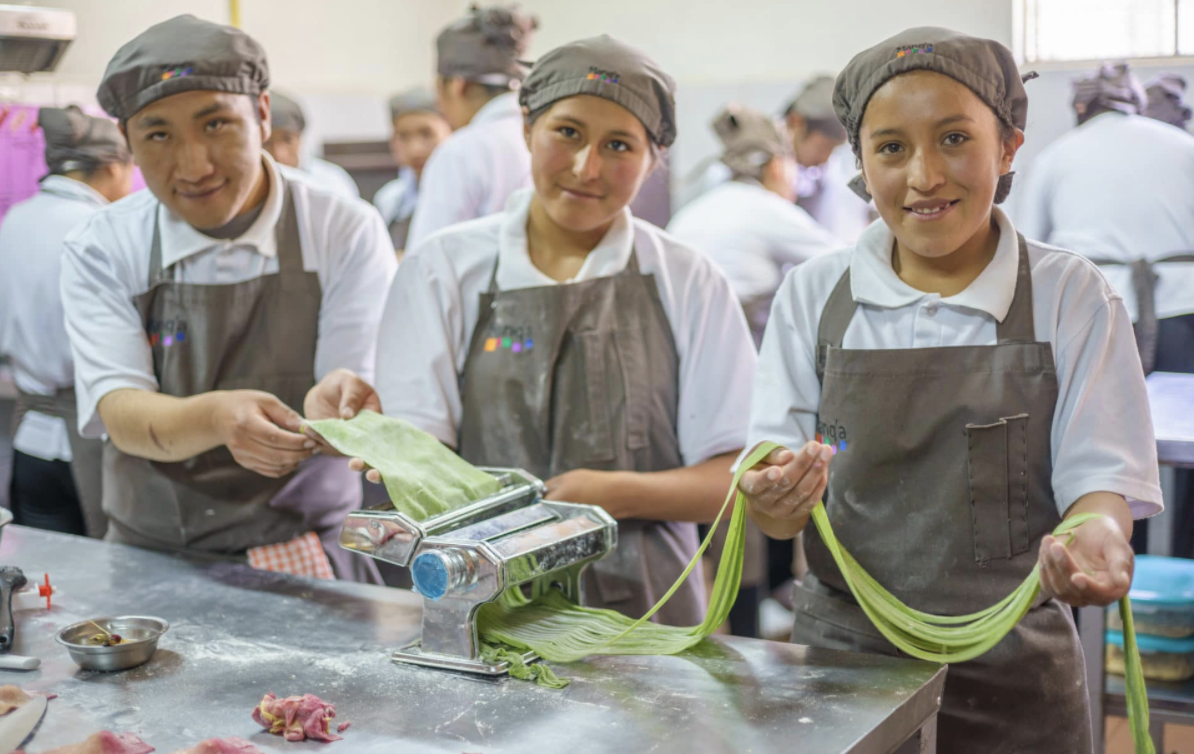 (Atlas of the Future) Manq’a know that if you’re proud of your products and country – and try to make that pride contagious – you can improve working and living conditions for producers as well as create opportunities for hundreds of young people. So they’re making Bolivian gastronomy a driving force in development.

When culinary entrepreneur and food activist Claus Meyer extended his wings to include South America in 2012, little did the co-founder of two-Michelin-star restaurant Noma know that his plan to create social innovation through gastronomy would champion more than 3,500 new cooks trained in 12 culinary schools across Bolivia and Colombia just six years later.

While Gustu – considered to be Bolivia’s top restaurant that has consistently ranked in Latin America’s 50 Best Restaurants list for the past five years – started out carrying the baton for Meyer’s gastronomic activism, Manq’a Cafeterias and Schools keep the sprint up.

Sumaya Prado is the director of Melting Pot Bolivia, Meyer’s non-profit that kickstarted Manq’a and is backed by Cooperación Holandesa ICCO Sur: “When Claus created ‘New Nordic Cuisine’ – and was successful with it – he thought he could meet wider objectives by removing the word ‘Nordic’. He started to look for countries where he could replicate that model but adhering to certain conditions: an unknown food heritage and undervalued cuisine, for example. He chose three countries – Ghana, Nepal and Bolivia – and the first country he visited was ours. In Bolivia, he not only found gastronomic diversity and tasty dishes sold on the streets and in markets, but also encountered people who welcomed the opportunity to learn, and so he stayed. Bolivia is culturally and biologically diverse with the potential to be productive; in Bolivia, Claus found the country he was looking for.”

For the rest of this please visit Atlas of the Future.